×
0 Shares
Rumali Roti,is a very thin flat bread,rumal means handkerchief in Hindi/Urdu ,so rumali roti means roti being as thin as handkerchief.I never ever thought that it can be cooked so easily at home.Some years before i had tried to do rumali roti  by preparing yeast solution and then cooking on a inverted pan.I found it very difficult and was time consuming too,and results were also not that good. Since then i never thought of cooking rumali roti, until i came across this amazing recipe from vahrehvah.I modified a bit from original recipe to make it more healthier. 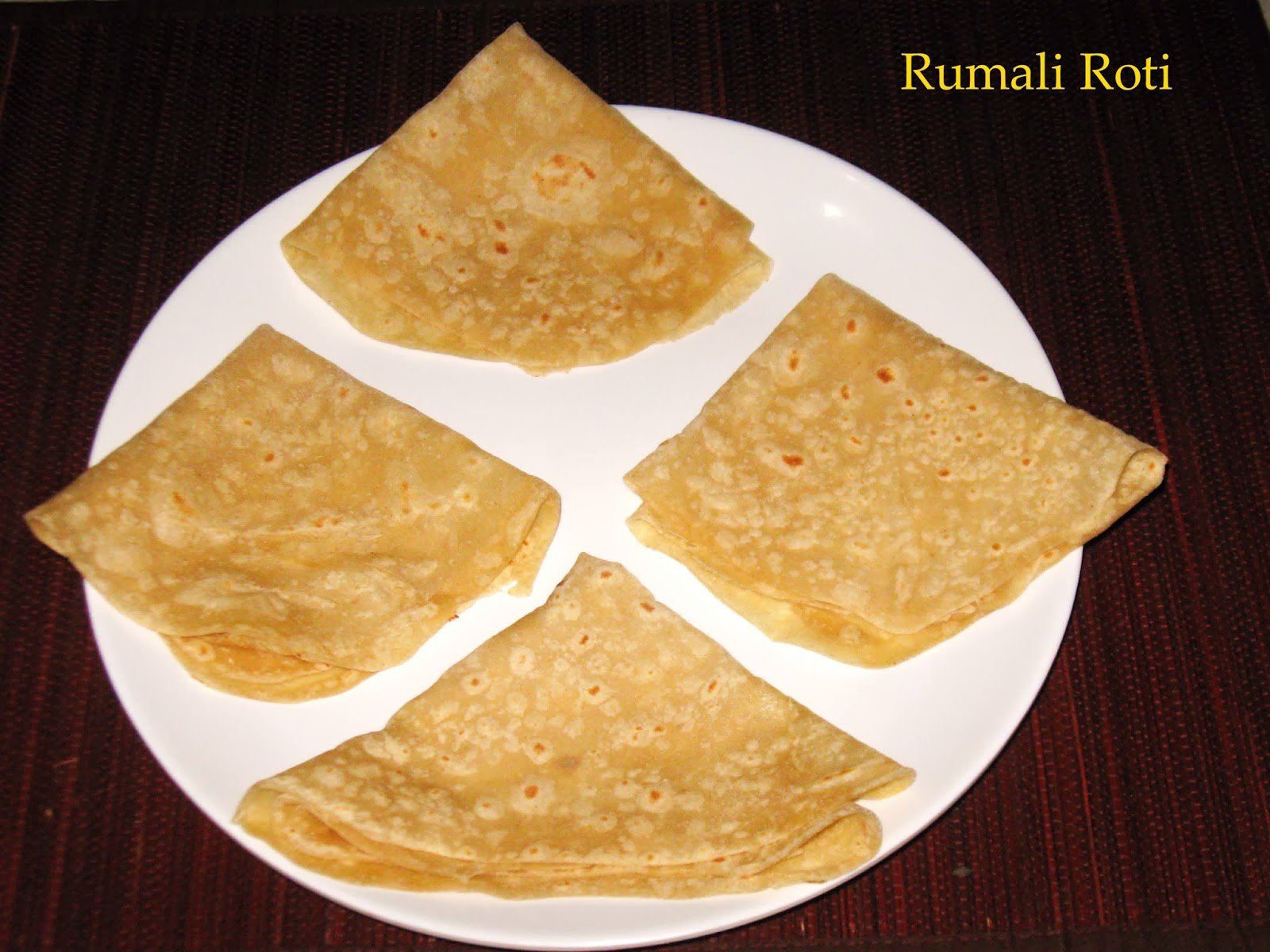 The very first time when i tried this recipe,i was actually in love with it, it's easy to cook and healthy too as wheat flour is used.And i have even tried shawarma roll out of this rumali roti,OMG it was such a wonderful treat.I prefer to eat any Tandoori or Mughlai delicacies along with rumali roti,but this time i had Prepared Kolhapuri Egg Masala,even it was a very good treat for my taste buds.
Ingredients:
Category:Vegetarian|Cuisine:Mughlai|Course:Main
Prep Time:2 Hours(Non Active)|Cooking Time:10 Minutes|Makes:10
Wheat Flour:1 Cup
Refined Flour/Maida:½ Cup
Warm Milk:¼ -½  Cup
Salt: 1 Tsp
Oil:1 + 2 Tbsp
Rice Flour for Dusting
Method:
Mix Wheat flour,Maida ,Salt, ½ tablespoon of Oil together and prepare a soft dough by adding warm milk little at a time.(add ¼ cup first then if needed add little more). Once the dough is ready smear ½ tablespoon of oil and wrap it with a moist muslin cloth and keep it aside for minimum 2 hours.

Take 2 equal sized dough and roll it into 2 small 4" diameter roti and apply oil  as shown in the picture.Sprinkle some rice flour over the oil faced roti.

Sandwich both and roll out roti as thin as possible.Heat the tawa ,it should be super hot.Transfer the roti carefully over the tawa.

On a high heat,cook for few seconds,once it starts to bubble flip the roti and let it cook on other side.Once you see it puffing up ,remove from the flame and separate the 2 sandwiched rotis.

Cook the uncooked side for 3-4 seconds.Fold it into triangles just like handkerchief and serve.Repeat the same process for remaining dough.

Serve Hot with any Mughlai or Tandoori dishes! 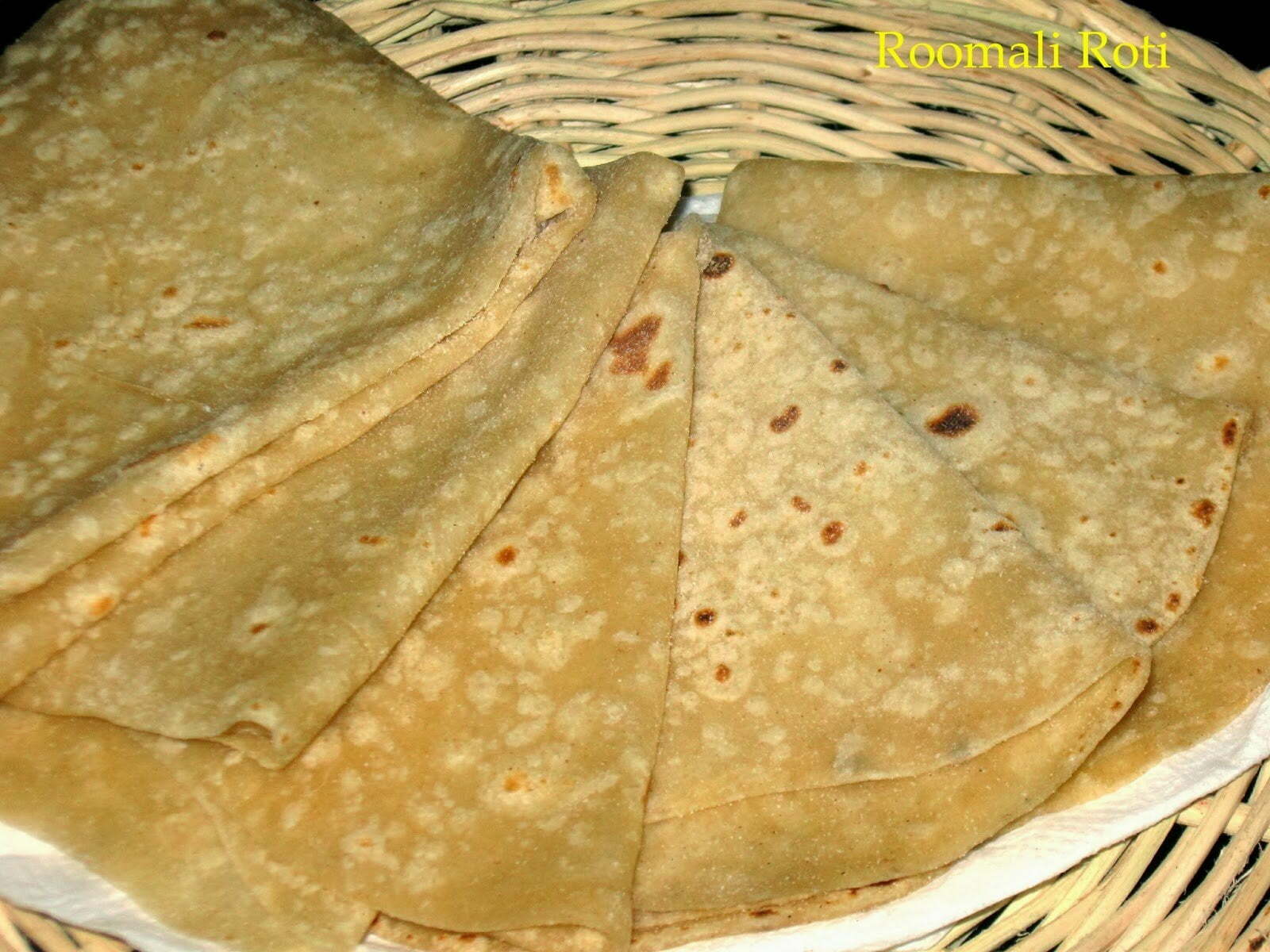 I enjoyed with Kolhapuri Egg Masala. 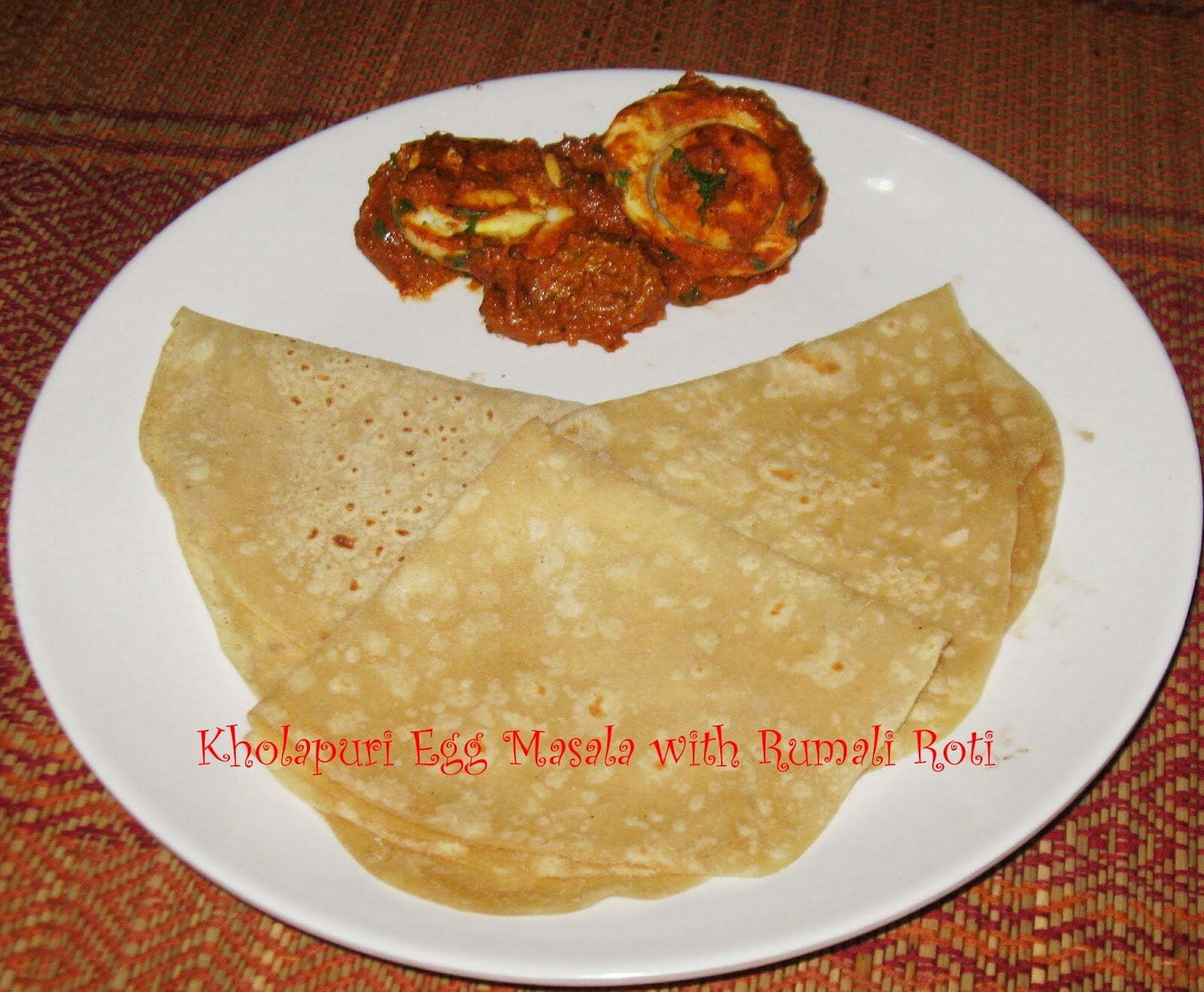